How Do I Balance my Immune System with Diet?

A healthy body is equipped with a powerful immune system that resists the destructiveness of invading microorganisms (undiagnosed food sensitivities, toxins, viruses, bacteria, and parasites). Unfortunately, the immune system sometimes goes awry and attacks the body itself. These misdirected immune responses are referred to as autoimmunity, which can be demonstrated by the presence of antibodies toward your own tissue, gland, or organ. 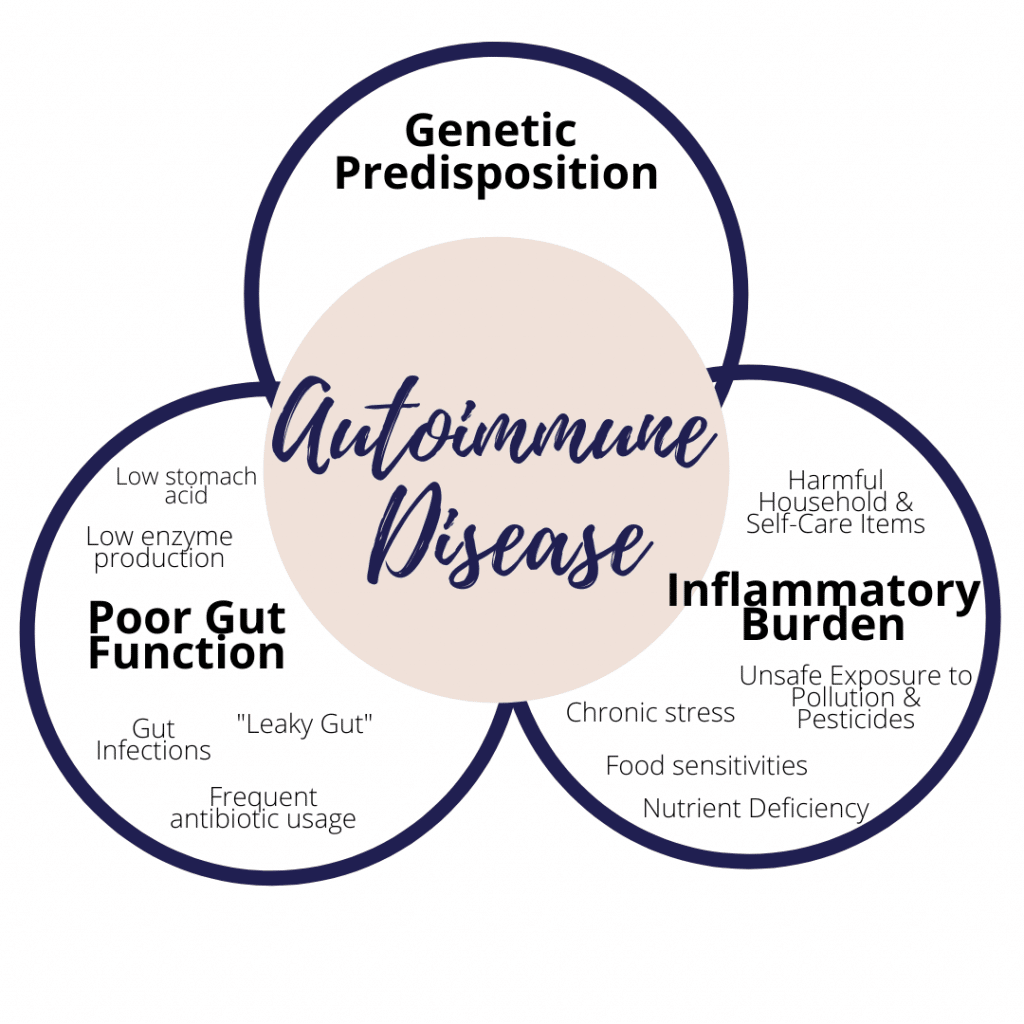 In a process called “molecular mimicry,” the body mistakes the DNA of perfectly healthy tissues in your body for foods, chemicals, toxins, and other harmful substances. When this happens, these otherwise healthy tissues get “tagged” as harmful and begin to be attacked by your own body.

Alrighty, let’s dive in, shall we?

When you’re trying to identify the biggest contributors to WHY you developed hypothyroidism, it is important to first determine whether it is autoimmune in nature.

You may be asking, “what the heck is autoimmunity?”

Autoimmunity is a condition in which your immune system mistakenly attacks your body. The immune system normally guards against germs, bacteria, viruses, and other potential threats. When it senses these foreign invaders, it sends out an army of fighter cells to attack them. With autoimmunity, for a variety of reasons, the immune system attacks innocent bystanders including organs, tissues, foods, etc. In the case of Hashimoto’s, the immune system is attacking your thyroid.

Why should you care? Because MOST cases of hypothyroidism are due to autoimmunity!

If it’s so common, then why isn’t it screened for more? The most common reason is that, medicinally speaking, the go-to treatment with thyroid replacement medication doesn’t change, regardless of whether your hypothyroidism is autoimmune in nature. 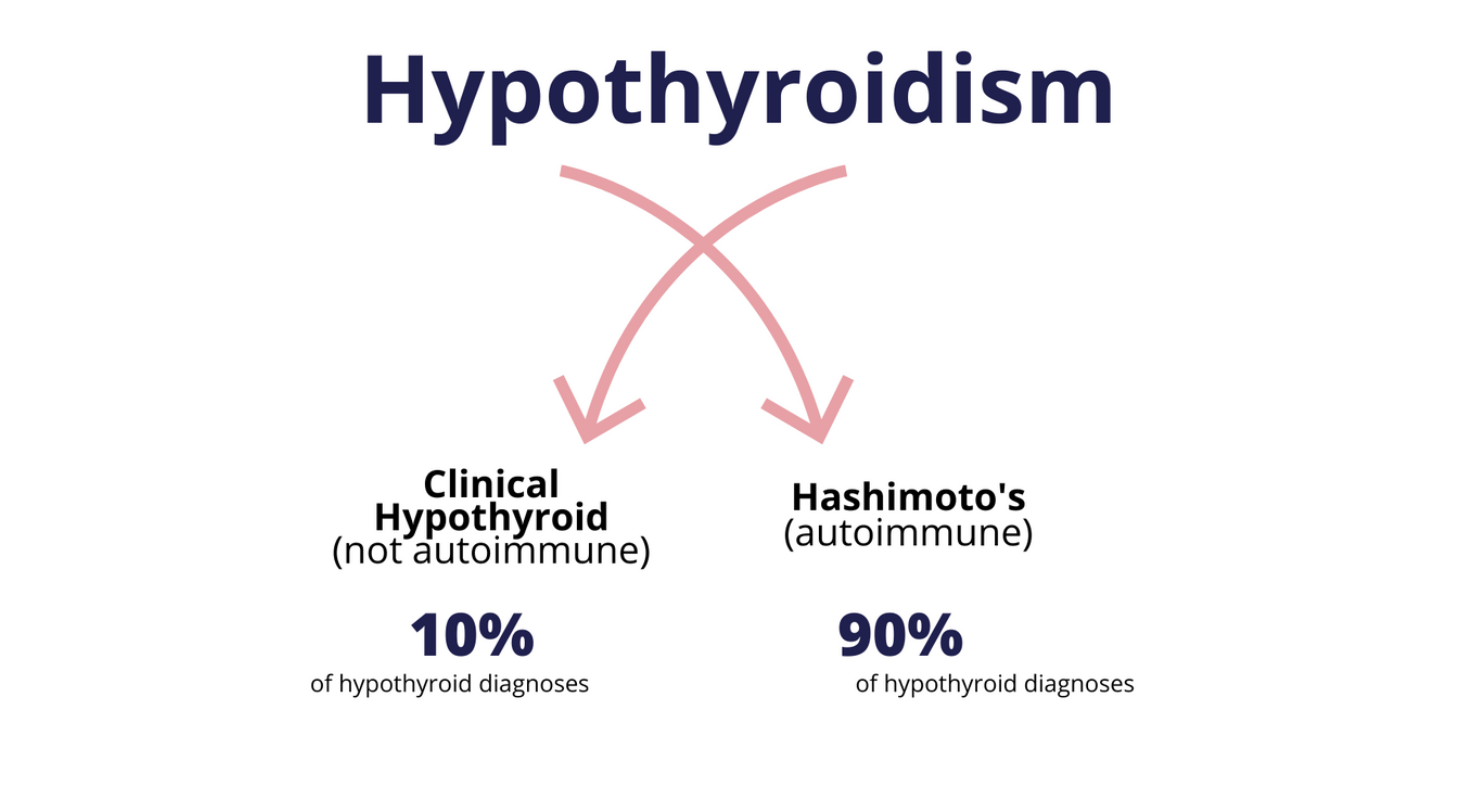 Knowing whether you have autoimmune can empower you to make diet and lifestyle adjustments accordingly. Seem too good to be true? It’s not! Part of our immune system is called the “adaptive immune system” which means it adapts to the messages we send it via our food choices, stress levels, toxic exposures, etc. I’ll dive into this more in future issues, but for now, let’s first check out your labs to see if you may fall into the autoimmune camp. Diet and lifestyle factors influence our genetics (called epigenetics) and our immune system. While making changes may not always mean complete remission, you DO have more control over disease progression than you may think!

Got your labs? Okay, good!

To determine whether immune system dysregulation is the primary contributor to your hypothyroidism, you will look for the presence of antibodies on your full thyroid panel.

The keywords to assess are:

Chronic Inflammation inside the body is similar to having sunburn, but at the cellular level—it can be temporary, but also may cause injury that radiates further than just the affected area. Because this inflammatory process is microscopic, symptoms can be masked for years and years. Often times, the first sign of underlying chronic inflammation is the development of joint pain that just won’t go away, persistent headaches, hormonal imbalances to name a few.

Side Effects of Chronic Inflammation

Chronic inflammation is a broad term used to describe the side effects of diets high in foods typically not tolerated, unmanaged psychological stress, toxic exposure (both chemical and food intolerances), suboptimal physical fitness, extreme exercise, poor sleep habits, excess body fat, as well as certain nutritional deficiencies. Body parts become inflamed as a defense mechanism. This causes a cascade of immunological reactions (meaning it involves the immune system) that damages perfectly healthy cells. Side effects of uncontrolled inflammation include the development of autoimmune disease, chronic conditions, and other deleterious states

To best manage your autoimmune condition, Nicole will identify foods that may be causing inflammation in the body while providing you with therapeutic foods to help battle the inflammatory response and soothe symptoms. A holistic mind-body approach includes also discussing the role of stress, the gastrointestinal tract, and sleep patterns on your condition.

What is Included in an Initial Autoimmune Diet and Nutrition Counseling Session?

The initial consultation for autoimmune conditions involves a comprehensive review of medical history, prescription medications, laboratory values, food and eating habits, supplement use, and toxicity screening. We will discuss elimination diets, the role of the gastrointestinal tract on the immune system, strategies to nourish your gut, and therapeutic supplementation for immune function. Nicole will implement her proven and effective The BRAIN Method framework and totally personalize it to you! 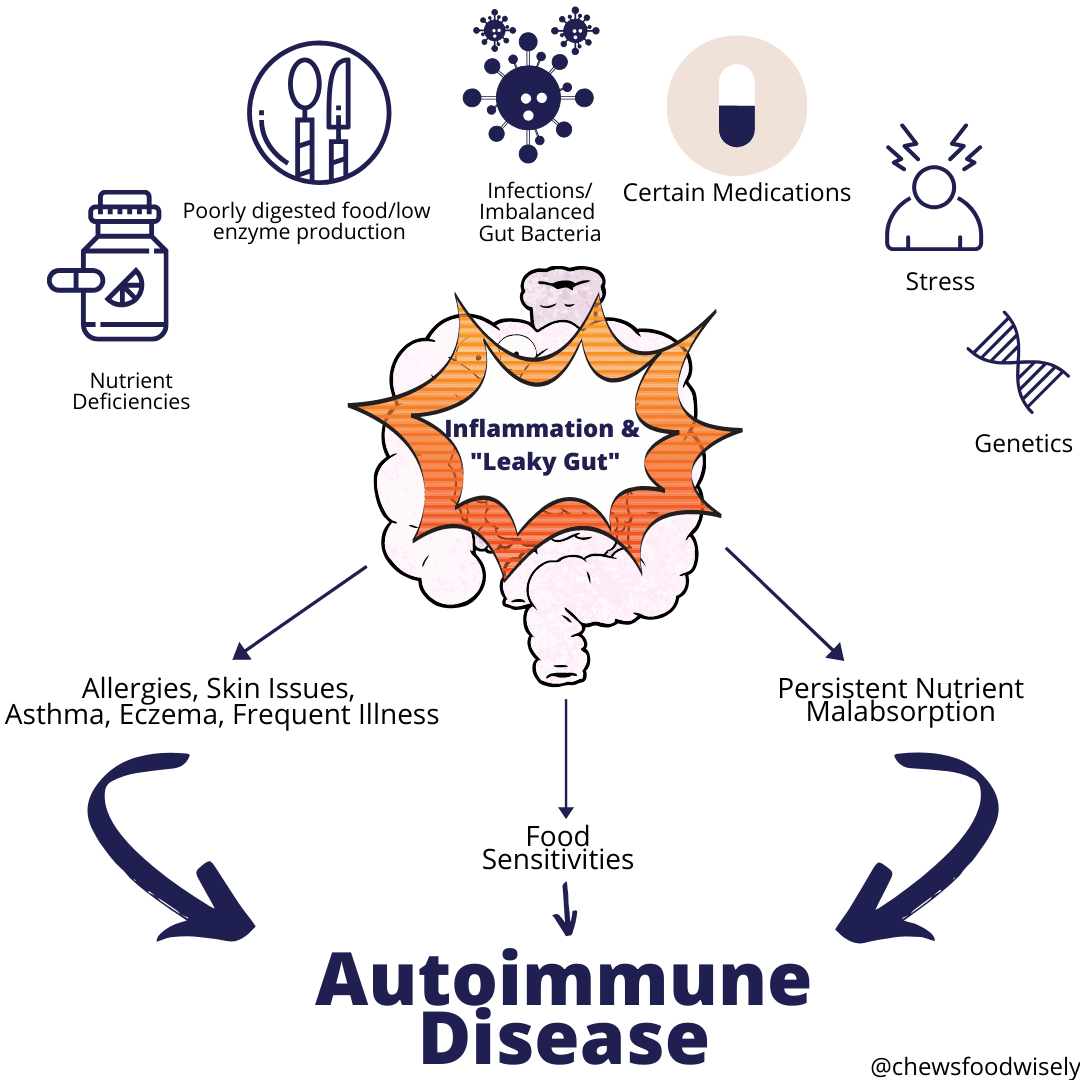 What are the Suggested Lab Tests?